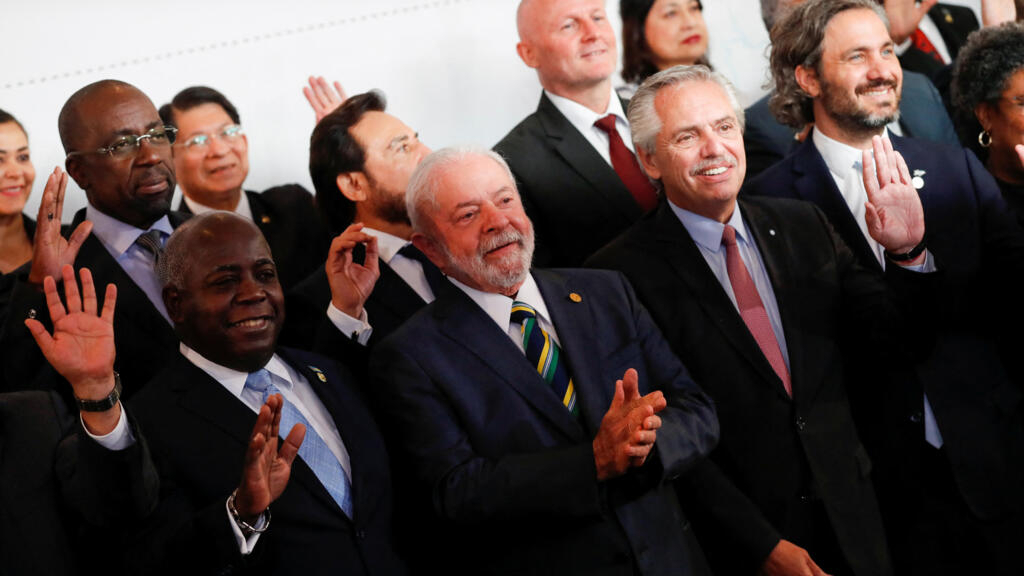 Countries from Latin America and the Caribbean on Tuesday called for more international funding in the region following economic and climate crises, in a final declaration after a summit held in the Argentine capital of Buenos Aires.

« We stressed the need for international regional financial institutions, such as the Multilateral Development Banks, to improve credit facilities through clean, fair, transparent and accessible mechanisms, » the document said.

The 111-point « Declaration of Buenos Aires » from the Community of Latin American and Caribbean States’ (CELAC) seventh summit described how effects of COVID-19, climate change and the war in Ukraine had rippled across the region.

« We express our concern that several countries emerged from the pandemic with higher levels of public debt, » it said.

The statement also stressed the importance of democracy across the region, expressed support for negotiations between the Venezuelan government and its opposition, and demanded the United States lift its blockade on Cuba.

Venezuelan President Nicolas Maduro sent a recorded message saying he had chosen not to attend due to « permanent conspiracies, the permanent threat, calculated ambushes. »

Uruguayan President Luis Lacalle Pou was a dissenting voice, calling on leaders to not have a one-sided vision according to their ideology, and saying « there are countries here that respect neither democracy nor institutions nor human rights. »

He did not identify any nation by name.

Saint Vincent and the Grenadines was voted to take over CELAC’s rotating presidency for 2023.

Rate article
Articles récents
Archives
Catégories
You may also like